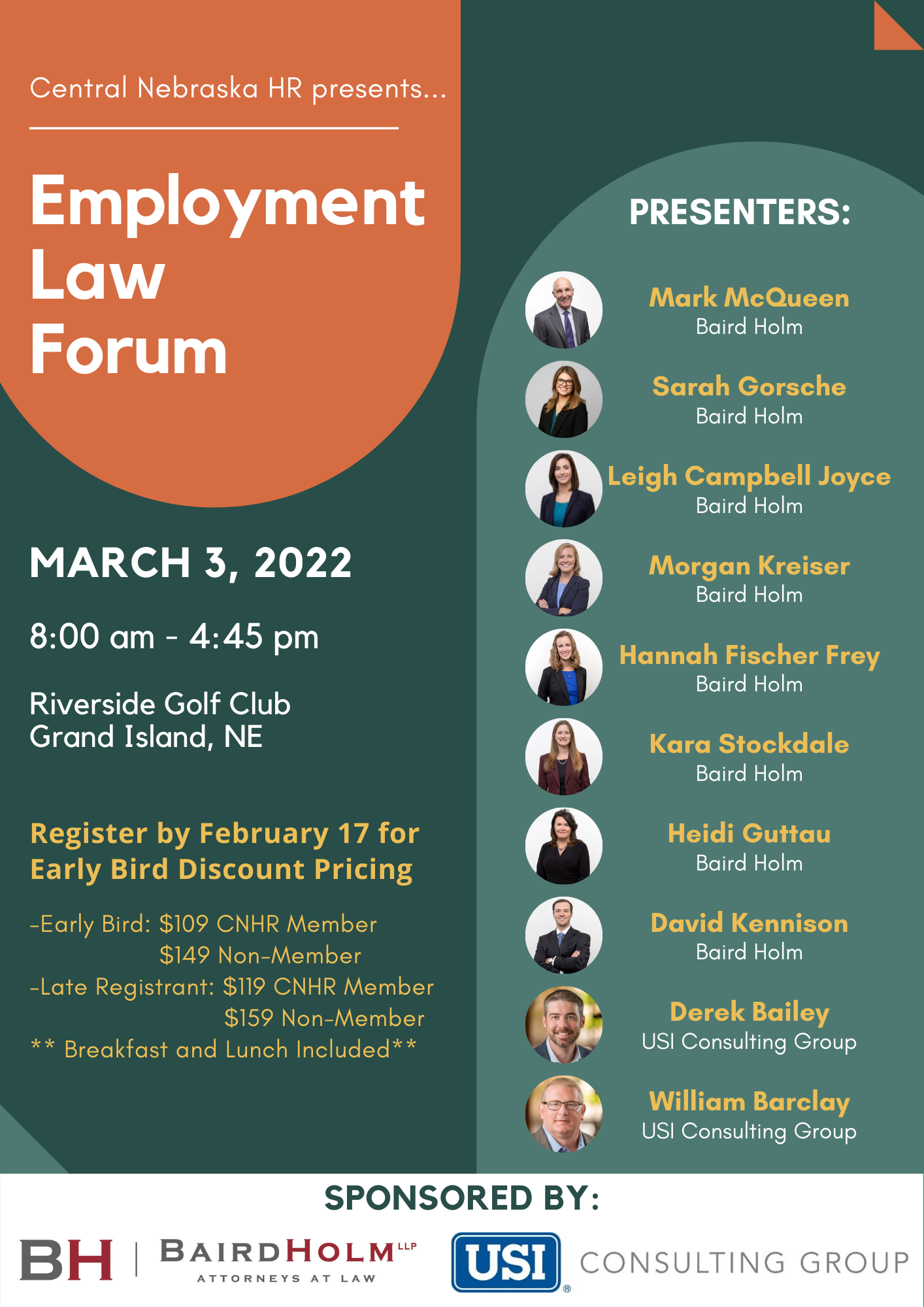 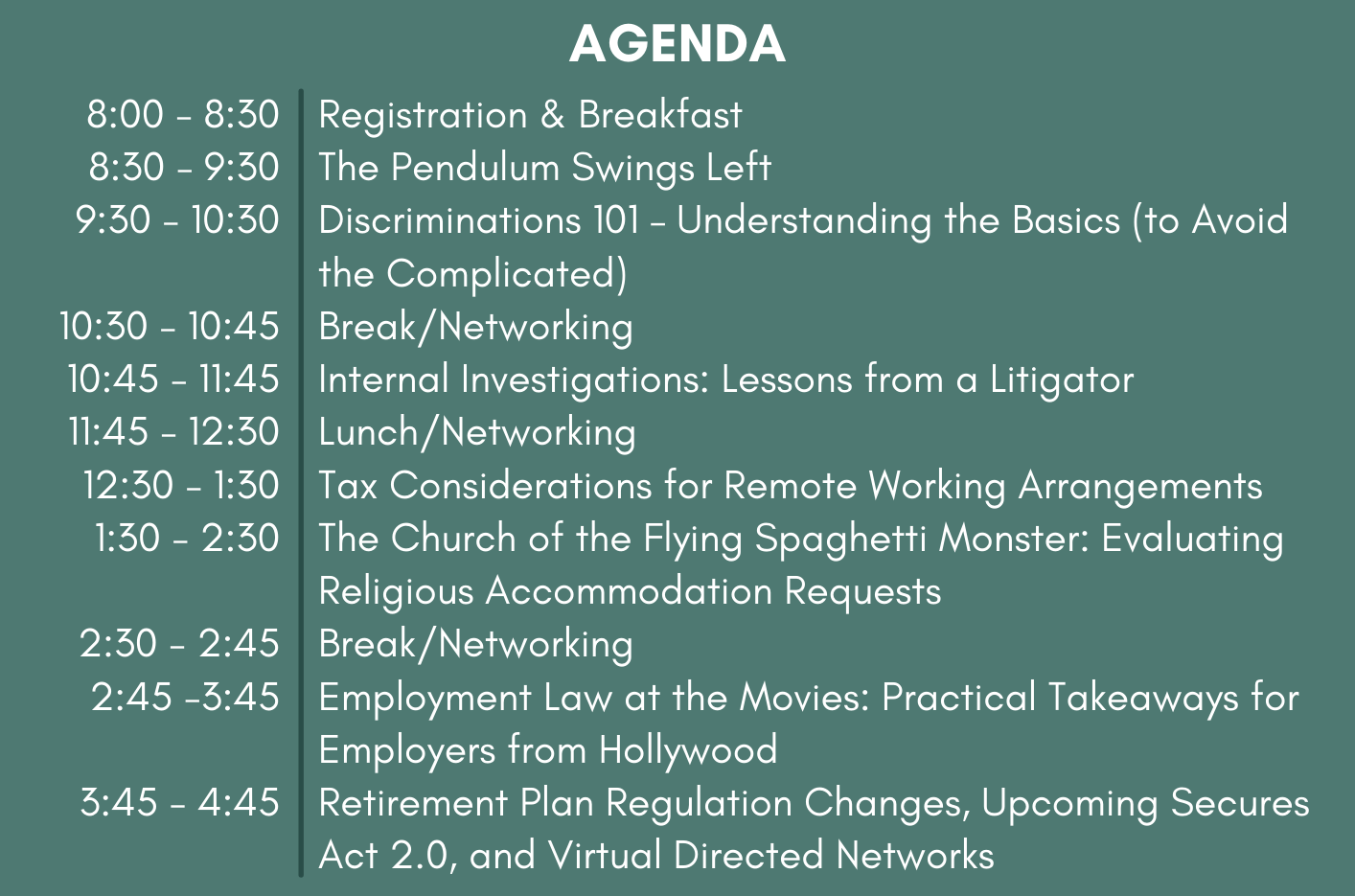 Mark McQueen’s practice focuses primarily on representing management in the areas of traditional labor relations, human resource counseling and training, employment discrimination, wage and hour, wrongful discharge and interpreting the most complex employment legislation. Mark is one of only a handful of labor and employment lawyers in the region who has been elected a Fellow of “The College of Labor and Employment Lawyers,” the premier peer-selected organization of labor and employment lawyers in North America. Admission is by invitation only, following a rigorous screening process.
Sarah M. Gorsche concentrates her practice on all aspects of labor and employment matters. She defends employers in cases involving claims under Title VII, the ADA, the ADEA, the FLSA, and other federal and state employment laws. In addition, she advises clients on best practices to comply with these laws.
Leigh Campbell Joyce focuses her practice on all areas of employment litigation. Leigh defends employers in a wide range of workplace claims including employment discrimination, harassment, retaliation, wrongful termination, breach of contract, and disability actions. Leigh’s practice also includes representing public and private schools, including colleges and universities, in matters involving student rights and discipline, due process and civil rights claims, and compliance with federal laws such as FERPA and Title IX.
Morgan L. Kreiser practices in the area of employee benefits, ERISA, tax law, and public employer retirement systems. She represents clients with respect to all aspects of ERISA compliance and employee benefit programs, including retirement and 401(k) plans, deferred compensation, and health and welfare benefits.
Hannah Fischer Frey’s practice focuses on corporate transactions, federal and state tax planning issues, and tax exempt matters. Hannah has addressed complex partnership and corporate tax issues, including business reorganizations, private equity fund structuring, business succession planning, mergers, and acquisitions. She has been closely involved in numerous federal income tax and income withholding audits as well as Nebraska sales tax and income tax examinations. In addition to her business clients, Hannah regularly assists individuals in business succession matters as well as nonprofit organizations seeking exemption from federal income tax.
Kara Stockdale assists employers in various industries with respect to labor and employment matters, including workplace safety, personnel policies and decisions, equal opportunity, discrimination claims, and employment-based immigration. Her immigration work focuses on assisting employers seeking to sponsor foreign nationals for work authorization in the United States. In addition, she advises clients in the healthcare sector seeking assistance with J-1 waivers for foreign medical graduates who complete residency training in the United States. Prior to joining the firm, Kara worked in human resources in the healthcare industry and as a community organizer. During law school, she clerked at a Fortune 200 company, assisting in-house counsel with labor and employment issues involving state and federal regulations and emerging laws including the Railway Labor Act and the Federal Railway Safety Act.
Heidi A. Guttau represents employers in employment litigation matters in state and federal courts, including claims of discrimination, retaliation, harassment, wrongful discharge, non-compete violations and other employment-related matters. She also obtains injunctive protection on behalf of employers against individuals threatening their workplaces. She regularly handles ERISA litigation. Heidi frequently represents employers in proceedings before the Equal Employment Opportunity Commission and state anti-discrimination agencies.
David “Dewey” Kennison focuses his practice on all aspects of employment litigation. He defends employers facing claims of discrimination, harassment, and retaliation filed under both state and federal statutes. Dewey also represents clients in matters related to non-compete agreements, misappropriation of trade secrets, and employment contract disputes. In addition to handling a wide-variety of litigation issues, he provides advice and counsel to entities aimed at prevention and avoidance of employment-based claims.
Derek Bailey is the Vice President of Retirement Plan Services at USI Consulting Group in Omaha, NE. He is responsible for new business development for defined contribution and defined benefit plans in Nebraska, Iowa and Kansas. Derek has extensive experience working with corporate, non-profit and governmental agencies to create successful retirement plans. He is also experienced in vendor fee negotiations, investment analysis, plan design, and fiduciary compliance. Prior to an acquisition by USI, Derek was a shareholder of a regional employee benefit and property casualty firm based out of Omaha where he helped start the retirement plan division which grew to 90 clients and over $1.8B in AUA. In 2015 and 2017, Derek was named top 40 under 40 retirement plan consultants by the National Association of Plan Advisors. Derek graduated from the University of Nebraska at Kearney in 2004. Industry education and designations include: Chartered Retirement Plans SpecialistSM (CRPS®) and Accredited Investment Fiduciary® (AIF®) as well as FINRA administered Series 6, 63, and 65.
Bill Barclay is the Employee Benefits Practice Leader for Nebraska. Bill’s primary role within USI is the management of the Employee Benefits Division. He works with USI’s Account Executives and customers as a liaison with the insurance companies and is active in the design, pricing and implementation of insurance and risk management programs. Bill also has some Account Executive duties serving a number of USI’s larger clients. He is a graduate of the Loras College in Dubuque, Iowa with a Bachelor of Arts degree in business marketing. Previous to joining Marcotte Bill was a producer with National Insurance Agency for four years and a marketing representative with Travelers for over two years prior to that. He was a former owner of Marcotte that was acquired by USI in November of 2019. He has been a part of Marcotte / USI for 27 years.

** Registration for this event will close on Friday, February 25. If you have any troubles with registration, please try to refresh your browser. If you still have trouble registering, please contact Staci Geis at staci.geis@chiefind.com. **